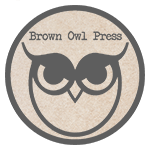 An ethnography of DIY in the shadow of Brooklyn’s Domino Sugar Refinery: 2007-2014

Old Domino documents five of the DIY art and music venues that have been displaced as a result of the excessive luxury development of the Domino Sugar Refinery in Williamsburg, Brooklyn from 2007-2014. The images are a street-level glimpse into Death By Audio, Glasslands, 285 Kent, Monster Island and Dead Herring with appearances by artists like Shannon and the Clams, Liquor Store, Kid Congo Powers and the Pink Monkeybirds, JEFF the Brotherhood and more. Photographer Jackie Roman compiles concert reportage and street scenes in a photo book that takes the viewer on a tour of a community that was once considered a mecca for DIY and underground music.